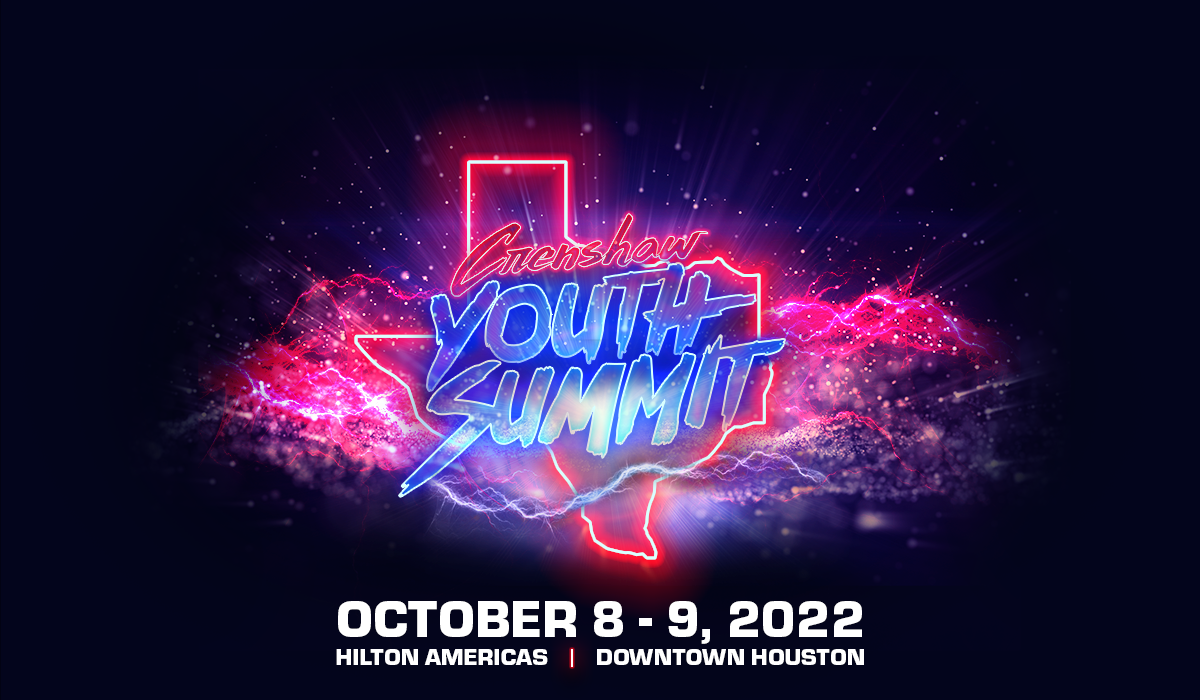 Get ready for the 3rd annual Crenshaw Youth Summit!

The Crenshaw Youth Summit is back for its third annual conference. Hear from an all-star lineup of speakers October 8 – 9 in Downtown Houston. If you're a teenager or young adult who is fired up for conservatism and protecting America’s future, you’re going to want to make sure you do not miss out on this.

This event brings together leaders in conservative media, politics, business, and culture from all over the country. The speakers impart lessons in life, policy, political philosophy, and America’s founding values to the young audience in a way that’s high-energy and very entertaining while remaining substantive for young conservatives. 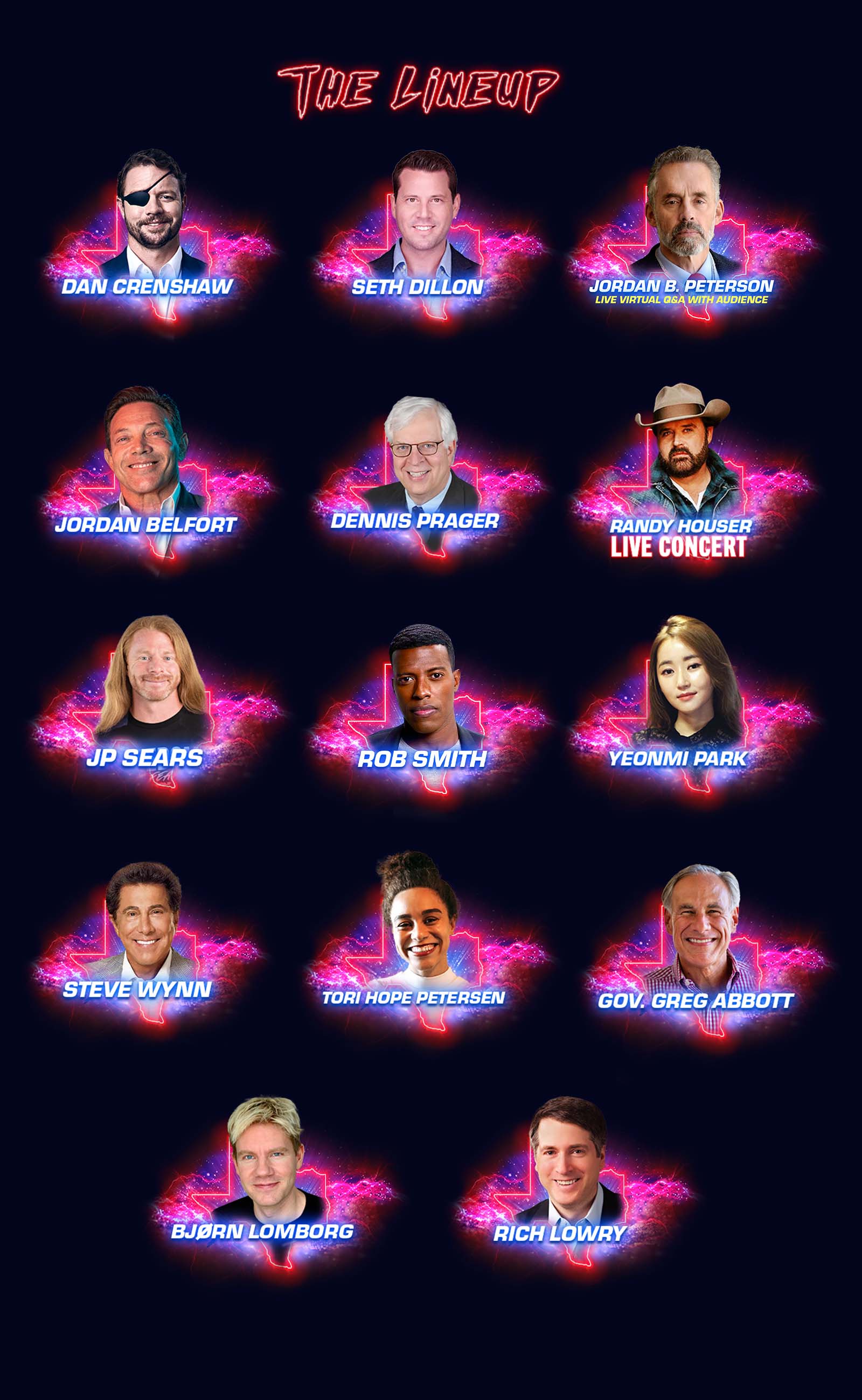 ‍Seth Dillon is the CEO of The Babylon Bee. Taking on the tone of a traditional news media publication, The Bee hilariously satirizes real-world events and public figures. Seth joins us to talk about building the wildly successful conservative news satire site in an era of censorship and cancel culture.

‍Dennis Prager is one of the most respected and influential thinkers, writers, and speakers in America. He is the founder of Prager University (PragerU) – the most viewed conservative video site in the world. He joins us to talk about preserving America, the West, and the Judeo-Christian value system.

Jordan Belfort's legendary early career was depicted by Leonardo DiCaprio in The Wolf of Wall Street. His redemption story is equally fascinating. Today, Jordan is a speaker, writer, entrepreneurship expert, and sales master who has trained millions of people across the globe. He's bringing that knowledge to the Crenshaw Youth Summit to teach you how to be a young entrepreneur and reach your fullest potential in business and life.

Dr. Jordan Peterson is the legendary author, lecturer, and podcaster. He's returning for his second time to the Crenshaw Youth Summit to give a live virtual Q&A (all the way from Finland!!) with the audience. Every registered youth summit ticket holder will be sent an application to ask Dr. Peterson a question live at the youth summit. We will get through as many questions as possible!

‍JP Sears is a comedian, author, speaker, world traveler, and curious student of life. He is known for his satirical YouTube videos which receive millions of views. This is his second time performing at Crenshaw Youth Summit.

R﻿ob Smith is a cultural commentator, media personality, and Founder of The Douglass Society.  He is the author of “Always a Soldier: Service, Sacrifice, and Coming Out as America’s Favorite Black, Gay Republican.”

‍Nashville country music star Randy Houser is performing a LIVE CONCERT. Randy has multiple chart-topping hits including "How Country Feels", "Like A Cowboy", and "Running Out of Moonlight."

‍Yeonmi Park escaped from the punishing society of North Korea. Today she is a human rights activist, TED Speaker, and a leading voice of oppressed people around the world. At the age of 13, she and her family made a daring escape to China in search of a life free of tyranny. She joins us to recount this incredible story, how we fight tyranny, and the fundamental concepts of freedoms that westerners take for granted.

‍Tori Hope Peterson is a writer, adoption and foster care reform advocate, and 2021 Mrs. Universe. She joins us to share her powerful story of growing up in the foster care system and what it teaches us about faith and family.

‍Steve Wynn is the legendary entrepreneur and real estate developer who revitalized Las Vegas into the modern, world-wide tourist destination we know it as today. He's coming to teach you how to create competitive advantages in business and dominate the marketplace.

‍Dr. Bjørn Lomborg researches the smartest ways to do good. He is coming to show us how to find and promote the most effective solutions to the world’s greatest challenges, from disease and hunger to climate and education.

‍Rich Lowry is the Editor of National Review, the legendary conservative editorial magazine founded by William F. Buckley. Rich joins us to make the case for conservatism and reinvigorating the American National Identity.

‍‍What does the Student+ ticket include?

The Crenshaw Youth Summit 2022 t-shirt, which will be mailed if ordered before October 1 - otherwise pick up at the summit.

What does the VIP level include?

Student VIP, Parent/Chaperone VIP, and Young Adult VIP have access to an exclusive room with lounge seating, a livestream of the summit, a private entrance into the main event room, light bites, and reserved seating in the front of the stage. Student VIP ticketholders also receive the Crenshaw Youth Summit 2022 summit t-shirt, which will be mailed if ordered before October 1 - otherwise pick up at the summit.

‍Hilton Americas offers a self-parking garage for $15 per day. Valet parking is available for $21 per day.Metered street parking in downtown Houston is free after 6pm on Saturdays and free all day Sunday. If you plan to use metered street parking, please note that spaces are very limited around the hotel so you might end up parking several blocks away.Additional paid parking garages and parking lots with variable rates are available in the surrounding areas.

‍Casual. Clothing or items with offensive language, graphics, or any other item deemed inappropriate by Team Crenshaw is prohibited.

‍Seating is first come first serve. VIP level tickets will get preferred seating in the first few rows of the ballroom until 5 minutes before show begins. At that point anyone with a general admissions ticket will be able to take an available seat.

‍Do I need to bring my own food?

‍No, we will provide food options at the networking event on Saturday for dinner as well as a boxed lunch option on Sunday. Limited snacks will be available on site as well during the sessions. Please reach out to Events@crenshawforcongress.com for requests due to dietary restrictions

‍If I'm traveling from out of town, where should I stay?

‍What is the difference between Young Adult and Chaperone?

‍Chaperone tickets are exclusively offered to parents/guardians who are interested in accompanying their child/dependent to the summit. Chaperones must be present with their child/dependent at summit registration to receive their wristband and be allowed admittance into the summit. Team Crenshaw has the right to refund the Chaperone ticket if they do not meet this requirement. Young Adult tickets are open to anyone in the age bracket of 27-40 years old.

‍Do I need a Summit ticket to attend the concert?

Check out highlights from the 2021 Youth Summit